The road transport department (JPJ) has announced that it will resume counter service operations across the country from April 29, but don’t get too excited, because with the movement control order (MCO) still in place, these will only be for business transactions involving commercial vehicles, namely for public service vehicles as well as freight and tourism vehicles.

The department said via a statement that counter operations will only be available from 8am to 1pm throughout the working week. Available services are the renewal of road tax for commercial vehicles, the renewal of goods driving licence (GDL) and public service vehicle (PSV) licences as well as the payment of summonses/blacklist clearance in relation to the above.

The decision to go with facilitating transactions for commercial vehicles is not surprising, given that there remains a great need for the movement of essential goods and food products to remain unaffected and uninterrupted during the MCO.

The department advised those who will be heading to JPJ offices across the country to carry out related transaction to follow all Covid-19 prevention measures as outlined by the health ministry. It added that with regards to counter operations involving all other services, the resumption of these will be made based on ongoing developments and any revisions to MCO regulations.

On March 20, JPJ halted all its counter services in line with the transport ministry’s decision to close all counter services for the departments and agencies under it during the movement control order (MCO) period. As such, motorists have had to renew their road tax online via MyEG.

As for the renewal of driving licences, complications in renewal saw the government announcing a temporary waiver for those whose driver’s licence expires during the MCO, with transport minister Datuk Seri Wee Ka Siong saying on March 24 that the requirement for renewal of individual driving licenses had been excluded for the duration of the MCO.

The post JPJ to resume counter operations on April 29, but will only handle all matters related to commercial vehicles appeared first on Paul Tan’s Automotive News.

After a delayed debut and a few teasers, Toyota has officially unveiled the new Yaris Cross, a B-segment SUV utilising… 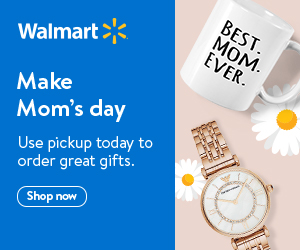